Google is the favorite search engine in Russia. Google is still working throughout all Russian territory.
Every day in Russia, 200 million Russian-language queries are written on the Google search engine. We are analyzing these millions of keywords !
we have got a great tool: Google Trends.
You donĺt have to go to Russia to study or analyse the Russian way of thinking. We can do it from France: analyze what the Russians are looking for on Google; so what they think and what they want ! 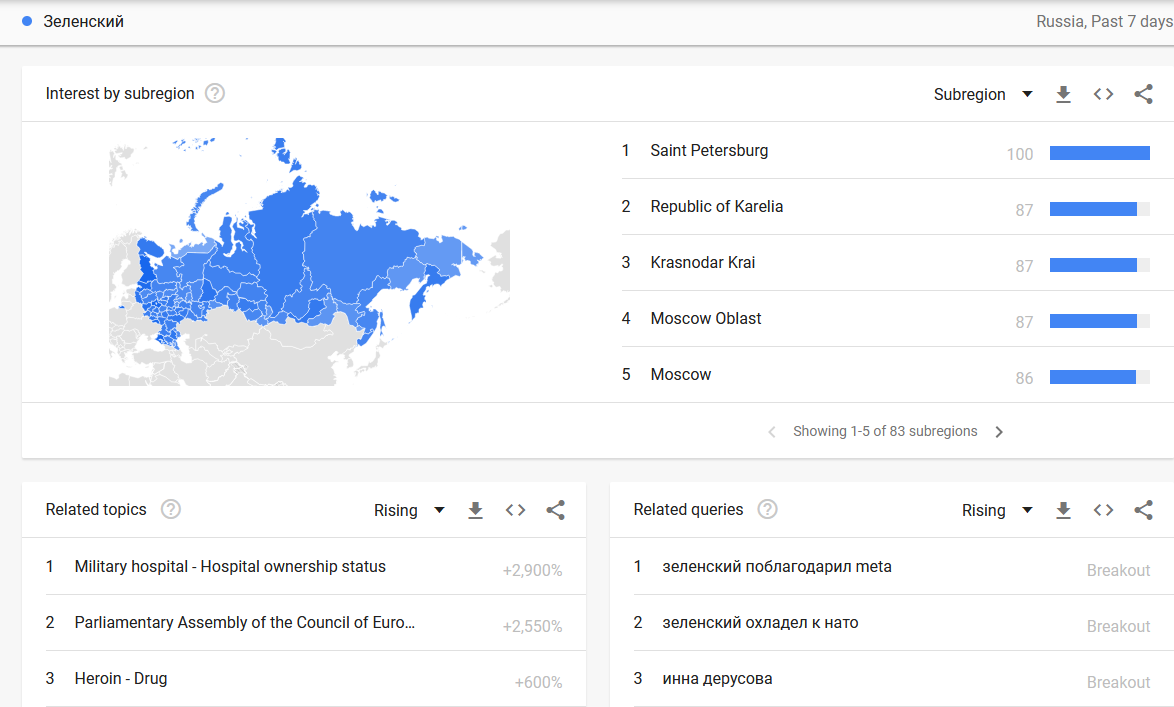 So the Russians think Zelenskyyĺs on drugs. 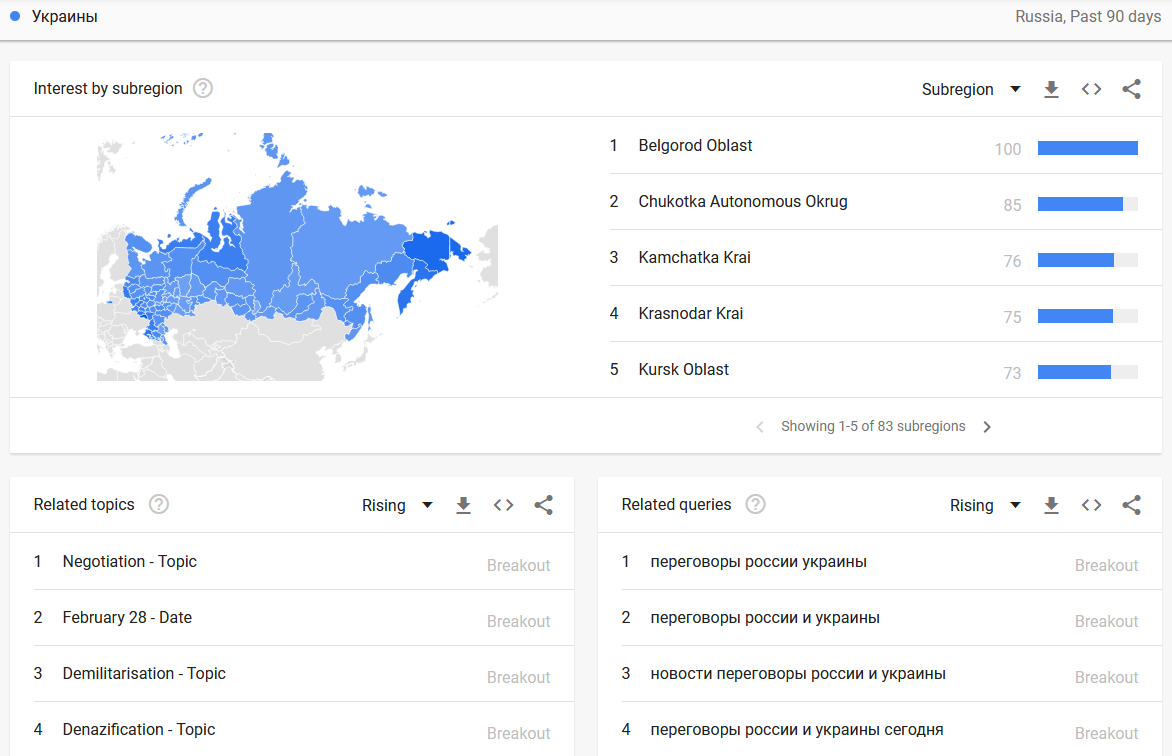 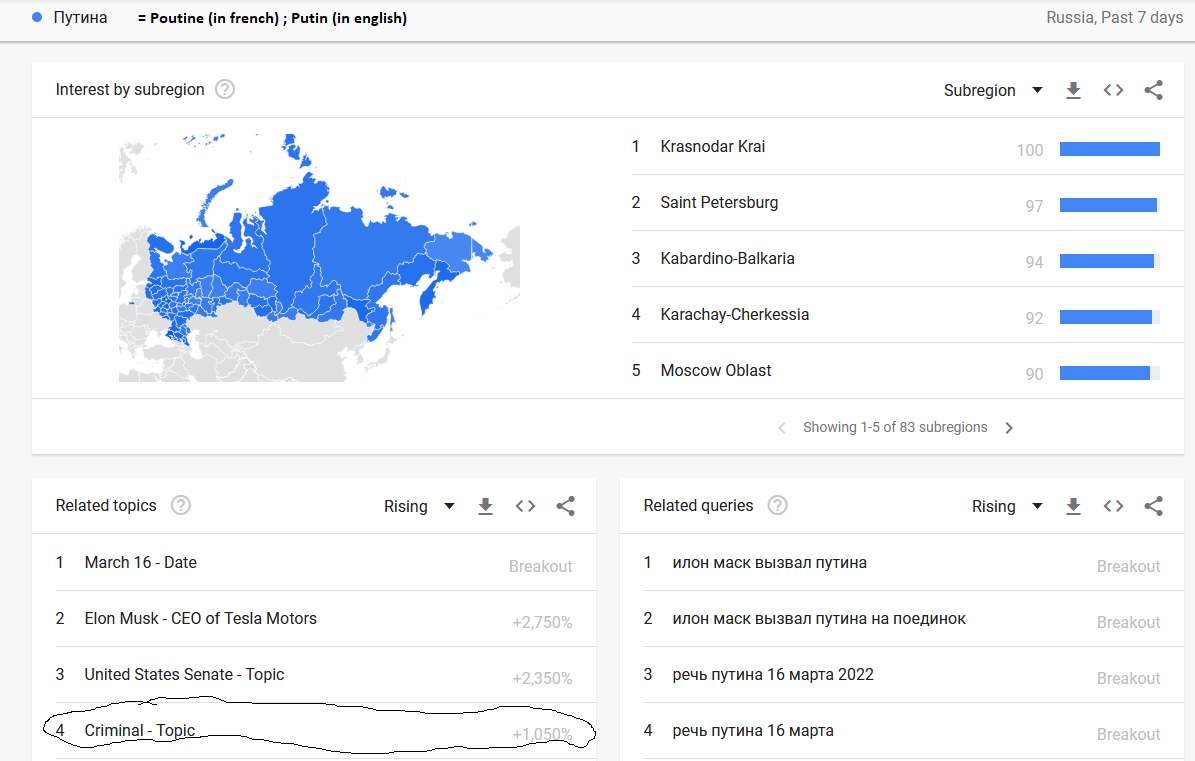 The number of requests "Putin criminal" is increasing by 1050% compared to last week !!! 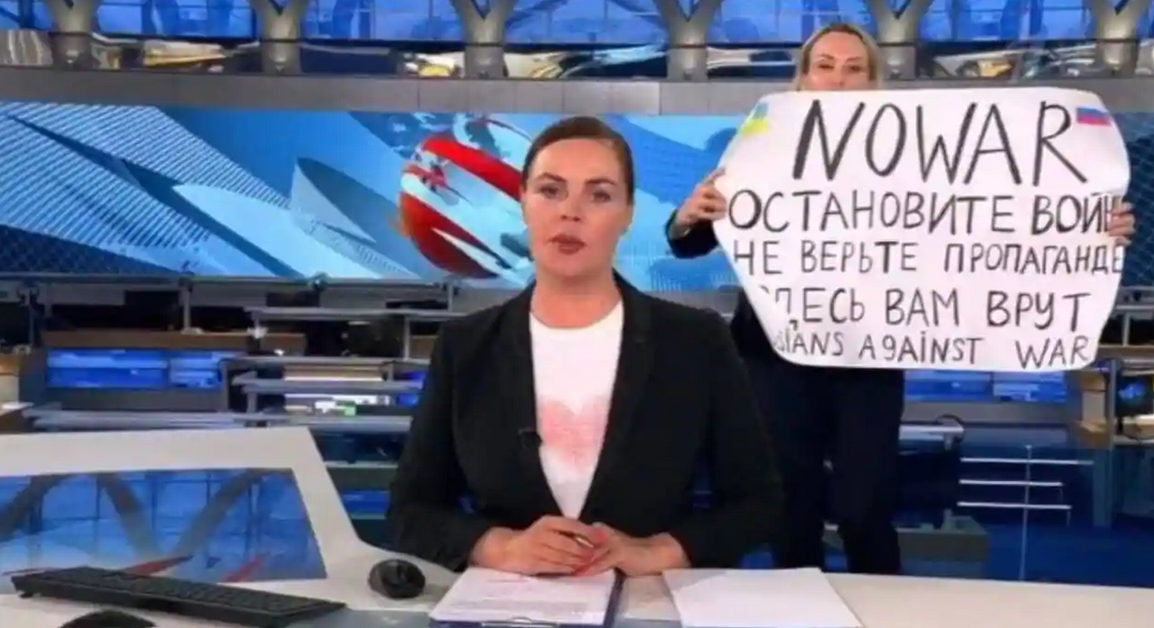 For several hours, there were more searches on Russian Google for Marina Ovsyannikova than for Putin or for Ukraine.
This proves that her intervention did not go unnoticed in Russia, could not be hidden and that her name is now known by the Russians.
The Google requests associated with her name are neutral: not support or opposition. The Russians are trying to understand who this woman is.

We will update this page very often. The power of data and algorithms is huge. Come and join us !